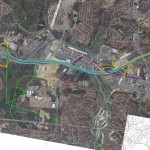 The Jackson Gateway Access Study was a detailed assessment of present and future development and traffic conditions in the areas of I-95 Exit 126 and Jackson Gateway in Spotsylvania County. This work was conducted in accordance with Virginia Department of Transportation (VDOT) and Federal Highway Administration (FHWA) requirements Read more 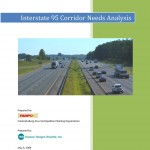 Completed in 2009, the I-95 Corridor Needs Analysis Study identified and assessed problematic access points along Interstate 95 within a corridor span of approximately 35 miles, from the Garrisonville Road (Rt. 610) interchange and the Ladysmith Road (Rt. 639) interchange.  This study helped identify and assess problem locations along the I-95 corridor.  Read more

Completed in 2009, the Route 3 Corridor Transit Study focused on the ways transit mobility and accessibility can be enhanced for the section of Route 3 from Gordon Road in Spotsylvania County to the Rappahannock River in Fredericksburg. Read more

FAMPO initiated the George Washington Region Transit Policy Plan to determine the most effective ways to improve transit and begin to develop a more balanced transportation system.  This study was conducted using projections of future development that were based on the land use policies current in effect for local governments in the Region. These projections indicated that future development will be similar to current development patterns, and will consist of low density development that will sprawl into currently undeveloped areas.  Read more 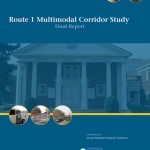 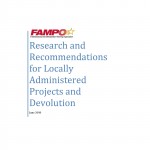 Completed in June 2008, this study developed a regional understanding and appreciation of the issues involved in local administration and management of State and Federally-funded projects on the State Highway System, local assumption of ownership of state highway facilities as well as the current status of LAP in each jurisdiction.  Read more